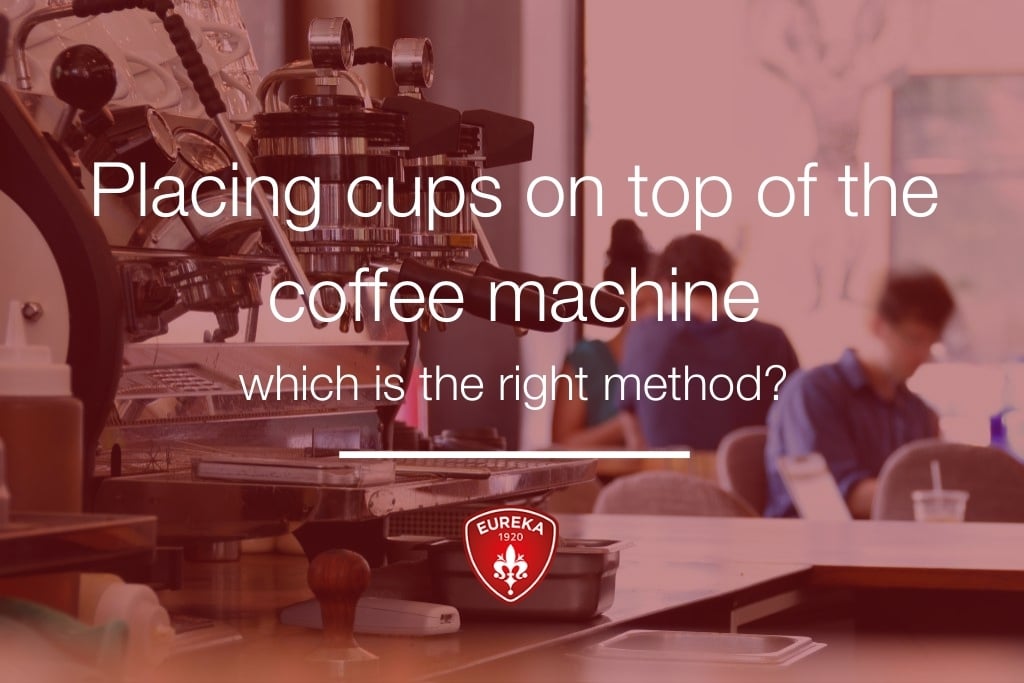 Whether you believe it or not, the most correct method for placing cups on top of the coffee machine causes real controversy going right back in the history of coffee roasting, since the coffee machine was invented, and a precise solution that everyone agrees with has still not been found.

I noticed it a few months ago, when I was with a group of about 40 Certified SCA Trainers for a refresher course in Amsterdam: at one point, we reached the matter of where and how to place the cups, and our trainer held a kind of survey: “Who amongst you places them upwards and who downwards?” Most hands, about 35, went up in answer to “upwards”; the other 5, including my own, went the opposite way.

Oh no, hold on, you can’t just end such a long-standing debate like that, also because among the foreigners from the “trendy” world of coffee, there is the tendency to remove themselves as far as possible from Italian tradition (and this may be an example of that too), except for when they go back on what they said, kind of whistling “I really messed up but please don’t talk about it”.

So, let’s talk about it... cups upwards or downwards?

As part of my courses, I spend a lot of time explaining the dynamics of cups on top of the coffee machine: where, how, what and why, and then leave everyone listening to me to decide on their own about the importance of the matter.

In my opinion, coffee cups should be kept on top of the coffee machine, facing downwards in at least 99% of cases.

The only case where I think we are obliged to keep the coffee cups facing upwards is when there is no plastic or rubber grill (sigh!) that separates the cup-warmer from the cups themselves.

Placing the cups downwards in this situation would lead to an unpleasant transfer of heat through contact to the ceramic or glass rim of the cup, with a consequent risk of burning the drinker’s lips.

Is there a perfect temperature for the cup?

“When cups are placed upwards, the bottom heats up more and the rim of the cup less”.

Nobody has ever said that this is a necessary difference, which also sounds like a justification of something inevitable, and perhaps comes from competitions (when often there is no plastic grill over the cup warmer) or relates to machines where it is impossible to lower the cup warmer temperature and so the lesser of two evils is decided on.

A difference in optimal heat between the upper and lower parts of the cups has even been indicated, also because, if it was, it would be extremely difficult to manage and control (especially with different shapes of cups!)  It also doesn’t make much sense keeping the bottom temperature very different from the rim, as a comfortable temperature for the lips is about 40° that, with a difference of about +20° at the bottom, would lead to a boiling liquid of over 70° (when the target reaches a maximum of 60-65°, which is much easier to manage with a uniform temperature). 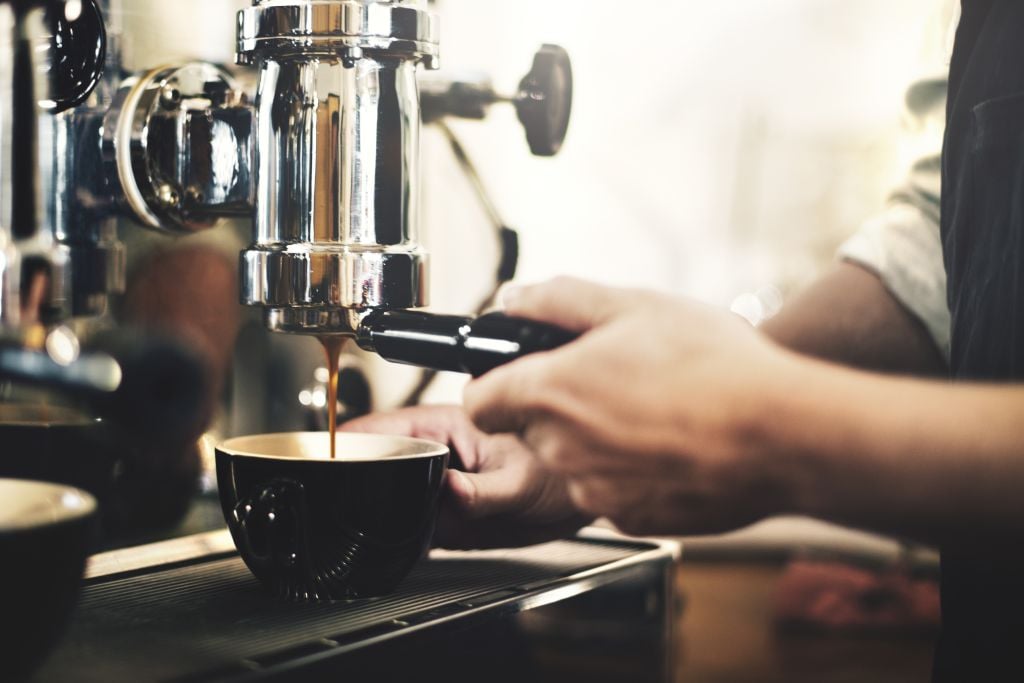 Dust and wasting time: the “dark side” of cups facing upwards

“Cups facing upwards do not get dusty with the dust pushed upwards by the hot air”.

In fact, in houses with underfloor heating, nobody ever vacuums the floor, they vacuum the air instead.... As we know that dust fluctuates when lifted by the hot air, at the very point where the cups are they act as a lid, and therefore the dust that comes up where there are no cups falls down where the cups are, making the problem even worse.  To make it simpler, ask yourselves the question: “If I keep a cup facing upwards without touching it for a week, will I find dust in it?”, and people will reply “well, a week…”. I tested with the cups downwards and nothing happened....

It is also possible to rapidly list some of the other negative aspects that I think occur when placing cups upwards: they are less stable on top of the coffee machine, there is a higher risk of touching the rim with your hands and searching for the handle requires more attention, therefore less fluidity and a slight loss of time (both phenomena that get worse when there are huge queues to be served); in the case where the cups are piled up, the difference between cups would be even greater compared to when they face downwards (which is also more elegant to look at, in my opinion).

Last advice for a choice of field

If we want to end with what could be the golden rule for ending all the questions on this matter, I would go with “plastic on top of the machine, cups downwards; metal in contact with the cups, with opening upwards”.

Whatever the choice you make, and if my words have convinced you, we will definitely agree on hygiene and cleanliness for the machine:  Even if you use the plastic grill, we must keep the metal part of the cup warmer clean, and with regard to hygiene, go and remove the cloth over the cups as it is surely dry by now….!!

Anonymous letter from an owner of a Third Wave Coffee Shop

Hi, I am the owner of a Third Wave Coffee Shop, contemporary. My main aim is to serve fantastic,...

Let’s explore the point of view of one of Italy’s so-called ‘brain drains’, Massimo Santoro,...