The great history of espresso coffee: why is it so important? 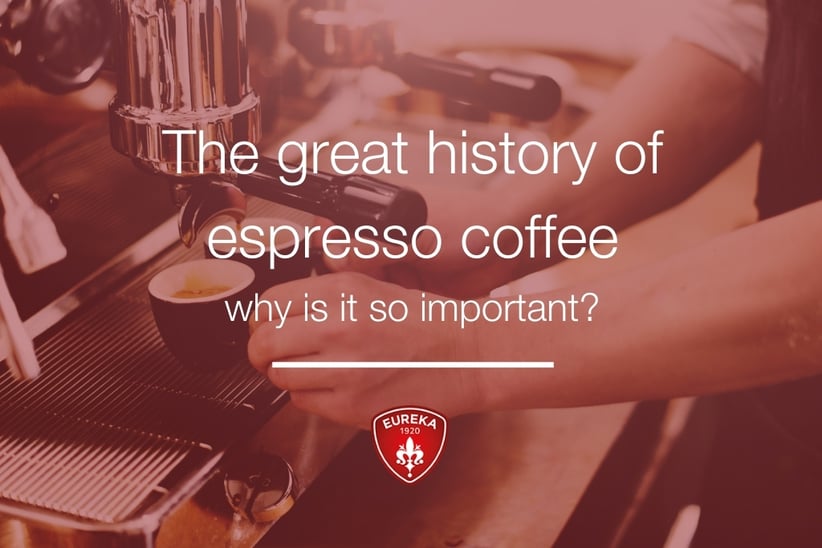 “An espresso, please!” What’s behind this phrase? We hear it every day, and all too often, without the “please”. You should always use the full sentence with the barista (please), they are human too! You can be as rude as you like to vending machines!

Manners aside, espresso coffee can be defined as a great conquest for humanity, on a part with the invention of the wheel, the building of pyramids, the theory that the earth is round, and the moon landings. We are talking about a technological and social invention: I think that after espresso, only the smartphone has had such a large impact.

The first drops of Espresso: the idea, the first designs, and the initial prototypes

Let’s go back a few years, to a time of innovation and industrial revolution; to a period when new social classes and new rhythms were born.

The initial idea, at the end of the 1800s, came from a businessman in Turin, a certain Angelo Moriondo.

The principle was to create a coffee drink that could be prepared instantly, rapidly… expressly!

After 15 or so years, at the start of the 1900s, the great history of espresso coffee became real: a Milanese inventor perfected and registered the patent for a steam-operated machine with prehistoric porta filters in which to place the ground, pressed coffee.

This was the birth of coffee prepared expressly for the customer.

Italy was in full industrial and technological ferment; inventors were thinking and creating, while the hands of office and factory workers were working more and more quickly: everyone needed support. And coffee was there; ready to become a rock star!

With its caffeine content, coffee supported the working classes. It was the start of a new era for coffee, which until then had been seen as a non-alcoholic beverage for commercial dealings or for the rich middle classes. In just a few decades, coffee fuelled an Italy that was increasingly unified, literate and industrialised.

The great history of espresso coffee was ready for the first machine to be sold. It was called the Ideale, made under the La Pavoni trademark. It was 1910, of course… don’t consider it like the machines we have today, full of automatic modes and safety devices. The heads on the Ideale coffee groups reached temperatures of up to 140°C and a pressure of just 1.5 Bar, much less than our own 9 Bar models.

The result in the cup, which, for reasons of age, I can only research, was an extract of about 45 seconds, bitter and with little body, as well as extremely hot and with a taste that was more reminiscent of a burnt filter coffee compared to our modern-day espresso.

Soon the coffee shops, which in the 19th century were peaceful places in which to converse, became increasingly busy, bustling bars for workers in search of a caffeine re-charge. At the same time as the words for the coffee shop, during campaigns to “Italianise” foreign words, we got the term “barista”, a translation from the American barman, already a popular profession at the start of the century; it was a well-known US multinational that would take the profession of barista to global fame.

History tells us that it was a difficult time for coffee, with a fall in consumption, as a result of import restrictions. Contrary to popular belief, coffee cannot grow in Italy and sourcing beans became almost a question of contraband.

The period after the war saw the espresso machine return to popularity. Gaggia installed a manual pump so as to increase pressure on the coffee and as a result to extract the oils present. Ladies and Gentlemen: La Crema!

The mind and body of Espresso: the dissemination, popularity and culture of coffee

It was 1961. Bob Dylan and Pavarotti make their public debuts: one in a basement bar in New York, the other in a role in La Boheme in Reggio Emilia… and that’s not all. From the Faema workshop of Ernesto Valente, there will be a semiautomatic espresso machine, the first with an incorporated horizontal boiler.

Welcome to the Faema E61, a milestone for all modern espresso machines.

The first to celebrate are the baristas: their job has just become physically easier and they start to have enough time to chat to customers while pouring the coffee.

Espresso coffee becomes pop. Every quarter in every town or city opens a bar or coffee shop that in just a short time become fun meeting points, with infinite discussions between Merckx and Gimondi, Sanremo Festivals, and the gaffes of Mike Buongiorno.

Italian coffee culture is born! Created in the first half of the century, this period saw the consolidation of coffee, seeing it become strong and “solid”, never moving in spite of growing levels of globalisation.

Espresso coffee is a “popular luxury” – just think of the “caffè in sospeso” or pending coffee in Naples.

Italians, creatures of habit, go to the bar on their doorstep: ordering an espresso becomes a routine or even a status symbol. There are even unwritten laws on bar etiquette: no ordering a cappuccino after lunch and the price must follow that of the daily paper. These are rituals that are added to the great history of espresso coffee.

What did they drink? Italian coffee drinkers have always preferred natural Brazilian coffee; expert roasters mix Arabica and Robusta beans, working increasingly on a tightrope when it comes to balancing quality and costs with bar owners and unfortunately, not always to the benefit of the coffee’s aromatic profile.

It was here that the key to interpreting the culture of Italian espresso lies. While today, top coffee experts are intent on tasting excellent coffee with a rich, complex aromatic profile, with an almost chemical approach, for the majority of Italians, coffee is the spark that evokes distant memories, which can range from a cappuccino during a slow morning in the south of Italy, to an espresso on the hoof before starting a busy day in the centre of Milan. This sense of place, of the bar, is an important, essential part of the Espresso coffee in Italy. 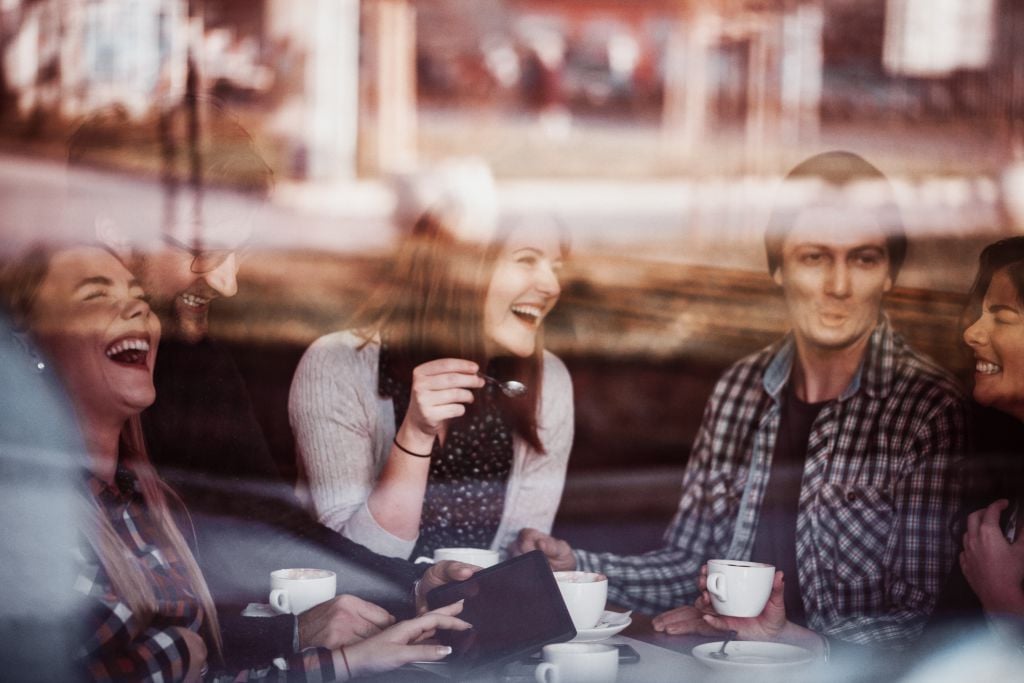 The take-away espresso: Espresso becomes international, contemporary, and a doctrine

On the contrary, global coffee culture has been greatly influenced by Italian coffee culture: Italian style throughout the world was a great success in the 1970s. Migration and the birth of new Italian communities, from Seattle to Australia, as well as pizza, have exported the espresso machine and the espresso that in just a short time became the basis of the majority of coffee beverages.

We can discuss the countless distortions on the coffee shop menu and the different types of extraction; we can enter the sensory tunnel about the aromas that an espresso needs to have, and that is without mentioning the roasting. I’m not going there!

It’s true, but by inventing the first machine for extracting a hydro-compressed coffee infusion, more commonly known as an espresso machine, Italy invented and contributed to the great history of espresso coffee. I am proud of this and it is written history. Espresso coffee has entered our world heritage, rather than that of a single country. For decades, Italy has tried but it has not been able to exercise its dominance over coffee culture.

The 2000s. The new millennium brings with it so much experimentation and research into every areas of coffee: espresso coffee is becoming sophisticated and refined, while from its miniscule segment, specialty coffees are becoming in some areas, a daily thing.

Of course… what the whole world has always envied us, from our old, stubborn Italian culture, is the social aspect: the care and attention, and the dedicated service behind a cup of espresso.

Whether you believe it or not, the most correct method for placing cups on top of the coffee...

We were searching for an answer when we began our journey around the coffee drupe, and an answer...
`