The long journey made by every coffee bean, is a journey rich with charm and culture  starting from the plant to reach our tables, filling our cup with an "espresso" of culture, stories, locations, but also fragrances and flavours of travel and discovery.

This journey around the coffee drupe will drive us to explain the multi-faceted world of coffee processing methods, which are performed after harvest, adding a couple of notes regarding organic coffee at the end of the article.

Once the harvest has been completed, whether it is manual or machine operated, the drupes are processed at the farm (or farming cooperative). One of the coffee processing methods is called ‘Natural process’ or ‘dry process’ : a process that typically characterises the end result in the cup with surprising sweetness and a full body that envelopes the palate.

It is the original method used to separate the bean, peel, pulp and parchment: it originates from Ethiopia and Yemen, at the beginning of the commercialisation of coffee, in areas where water is scarce but there's lots of sunshine!

According to this method, the cleaned drupes (meaning those selected between the unripe ones and ones that are too ripe which are discarded), are spread over a few centimetre high layer in paved flat areas built specifically for this purpose, called patios: the taller the layer the more humidity will be present inside.

The drupes left to dry under the sun are rotated using rakes over the course of the day, so as to make the drying even and avoid the formation of mould and bacteria.

At sunset, the crop is collected so as to protect it against the humidity of the night, spreading it over specific cloths and the morning after it is laid again, in a ‘drying’ process that in theory could last up to 3 weeks. The duration is determined by the level of humidity present in the air: rain, in fact, interferes with the crop yield, affect the consistency of quality (this is why this process is not recommended in rain-prone geographical areas, such as Central America).

Once the peel and pulp are dry, using a machine, whether manual or automatic, the bean is peeled without affecting the parchment (the inner layer of the drupe that wraps the bean), which is removed only right before export.

‘I heard mentioning Cascara, but is it?’

Cascara (literally ‘peel’ in Spanish), is a very popular brew in Central American countries and it is a secondary product of the dry process just described, and it is nothing else but the dry peel of the drupe, traditionally used by plantation workers to obtain a sweet and refreshing beverage. In Bolivia it is known as ‘Sultana’, while in Yemen is called ‘Qishr’ and it is usually served with a touch of ginger added to it.

It was from that moment that its large commercialization started and saw many specialised coffee shops pop up everywhere, along with a bottled production.

Among the coffee processing methods, there is also the ‘washed’ method, which gives to the coffee in the cup intense aroma and lighter body respect to the "natural" coffees described above.

In light of the large quantities of water that are used in this process, from the selection and fermentation of the bean all the way to the cleaning and removal of the various layers that constitute the coffee drupe, it is without a doubt the preferred and recommended method in those areas subjected to frequent rain, or that, however, can count also on large water basins available to them.

The selection occurs in a tank, inside which the ripe drupes drop to the bottom while the unripe ones float (for this reason also called ‘floaters’), and, thus, easily removed. Then, the ripe drupes are made go through a machine called pulper, which breaks and separates the peel from the pulp of the bean, directing it to a second tank where, in a sticky mucilage of sorts, the fermentation begins (this can last from 12 to 36 hours).

In this stage, the natural fruit enzymes break down the remaining layers of the mucilage, in a very delicate process during which the operators must pay attention to avoid over-fermentation as well as defective beans, to avoid ruining the entire batch due to these.

The next tank then cleans the bean from every residue of pulp, leaving it completely clean and wrapped in its "parchment" (a condition that gives it the name of Parchment Coffee).

At this point it is time for drying, which can occur according to two different methods:

Both methods ensure good quality, as long as a few requirements are met: for example, the presence of over-fermented beans, or defective ones, in the sun-drying method can lead to unpleasant aromas in the entire batch, transferring to other beans; while if the mechanical drying takes place too fast, the bean will have a harder exterior surface respect to the interior one, a detail can will then have an impact on roasting.

As in the case of the Natural Process, the parchment will then be removed using ahulling machine, when the coffee is almost ready for export and then placed in juta bags that range between 60kg and 69 kg in weight, depending on the country of destination.

The main difference between a ‘natural’ coffee (obtained through a dry process) and a ‘washed’ coffee (resulting instead from a washed process) can be highlighted in the quantity of solid dissolved during the coffee extraction, that is our beverage: in natural coffees, in fact, there is a greater volume of soluble solids, and this gives more body to our Espresso. 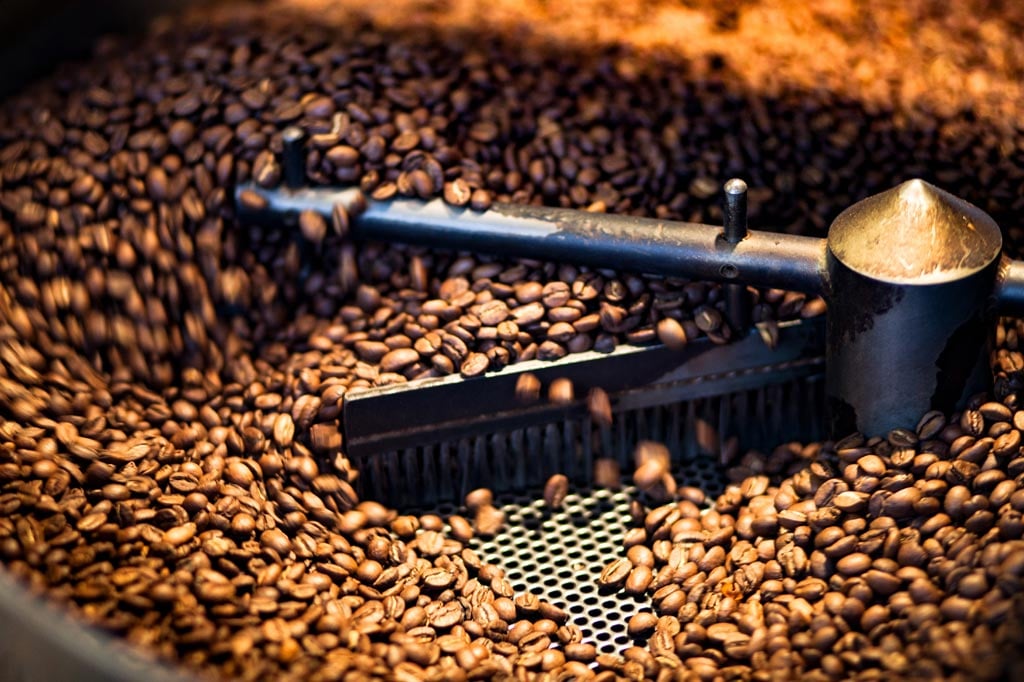 Viscosity and body, in fact, are characteristics that have a big impact from a sensory point of view when talking about an Espresso, and this explains why natural coffees are good elements to create Espresso blends.

The label of ‘Organic Coffee’

Following the trend of natural food, more and more countries have started to get involved in a new coffee production and processing method - the organic one. Certifications such as Faitrade, Rainforest Alliance and UTZ Certified are more and more common. To obtain them, the farms and cooperatives must meet organic and sustainability requirements, in addition to develop locally, in the majority of the cases, social health and sensitisation programs for women and children.

Typically, the legislations related to the cultivation of organic coffee forbid the use of chemical products to grow plans, providing a long list of prohibited substances that typically include fertilizers, weed killers and chemical pesticides. The processing and storage process is then carefully checked, with the classification of the beans and the filling out, for each batch, of a document that records all the steps that lead it to the end consumer.

One of the most relevant aspects of organic coffee is the sustainability of its cultivation. In organic plantations, the coffee plant grows spontaneously in the shade of trees, which fertilize the soil through their fallen leaves and help maintain a certain humidity in the environment. Meanwhile, birds and insects remove pests or diseases, generating an independent and functional bio-dynamic eco-system.

One of the worst and most deplorable consequences of the growing global demand for coffee (and the organic market is the one recording major growth in many countries) is the change that this demand generates in vast areas of the planet, with extended deforestation of vast areas of the rainforest in order to make room for coffee plants, often hybrid ones, suitable to grow under the direct sunlight and with a major productivity, subjected to massive doses of fertilizers and pesticides.

The loss of wild rainforest and spontaneous cultivations is irreversible not only for the coffee plant, but entire colonies of animals, several species of birds and a variety of microorganisms in a process that has an impact at the level of generations: in fact, it has been calculated that it will be necessary a minimum of four to five cycles (equivalent to several hundred years) to restore even just one rainforest.

Tasting is one of the most exciting methods for evaluating the qualities of a gastronomic product,...

Whether you believe it or not, the most correct method for placing cups on top of the coffee...

Our journey around the coffee drupe began on its long and fascinating journey rich with traditions...
`