What are the factors that affect coffee quality? 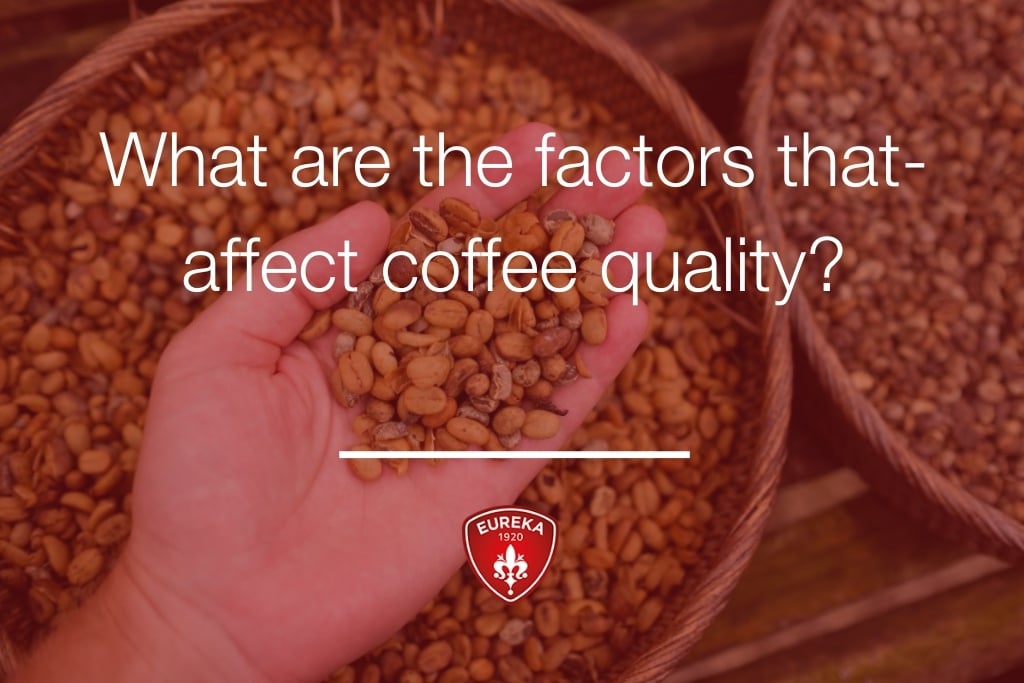 On the sofa at home or at the counter of a bar, alone or in company, coffee is a joy  that cheers up the daily routine of many of us, both to start another day and to best complete our meals: most of the pauses that allow us catch our breath occur around an espresso coffee cup. But where does this fine beverage come from?  What are the real factors affecting coffee quality?

Each cup contains not only an 'espresso' of cultures, stories, locations among the most varied, but also fragrances and flavours, which tell us about travel and discovery at the same time: this is because the journey that every coffee-bean covers to reach our tables is long and fascinating.

It is not enough to have an accurate selection of varieties to be combined together to guarantee the final result of the espresso coffee: from cultivation to packaging, many details determine the quality and intensity of the coffee's taste.

So let's take this journey to discover the Coffea plant, the drupe of coffee: in this article we will describe the first stages of processing, which start exactly from the classification and knowledge of the plant up to the harvesting of the coffee beans.

Knowing the raw material: how many varieties of coffee exist?

All beans are called coffee, but in truth every bean is unique and unrepeatable!

Not only different production areas give a different flavour to the coffee beans, but there are also different intensity levels in the same single area of origin.

Some beans gain maximum advantage when blended with other varieties, as the blend is able to balance missing characteristics, or to cover defects (as it happens with wine); others beans instead express their maximum flavour in their individuality, enhanced by their specificity.

To try to make sense of this unbounded variety, our journey can only start with the Coffea plant, the coffee drupe, and the attempt to outline the contours of the shrub from which everything starts. The coffee plant belongs to the Rubiaceae family.

It has hundreds of different cultivations, more than 500 plant genera and over 2000 different varieties, which are constantly being discovered.

The two main species cultivated for coffee production are Coffea Arabica and Coffea Canephora (commonly known as Robusta), and they have different characteristics.

Arabica is richer in aromatic substances but also has lower caffeine content, with a value ranging from 0.8 to 1.4% of the total, compared to 1.7 - 4% of Robusta. 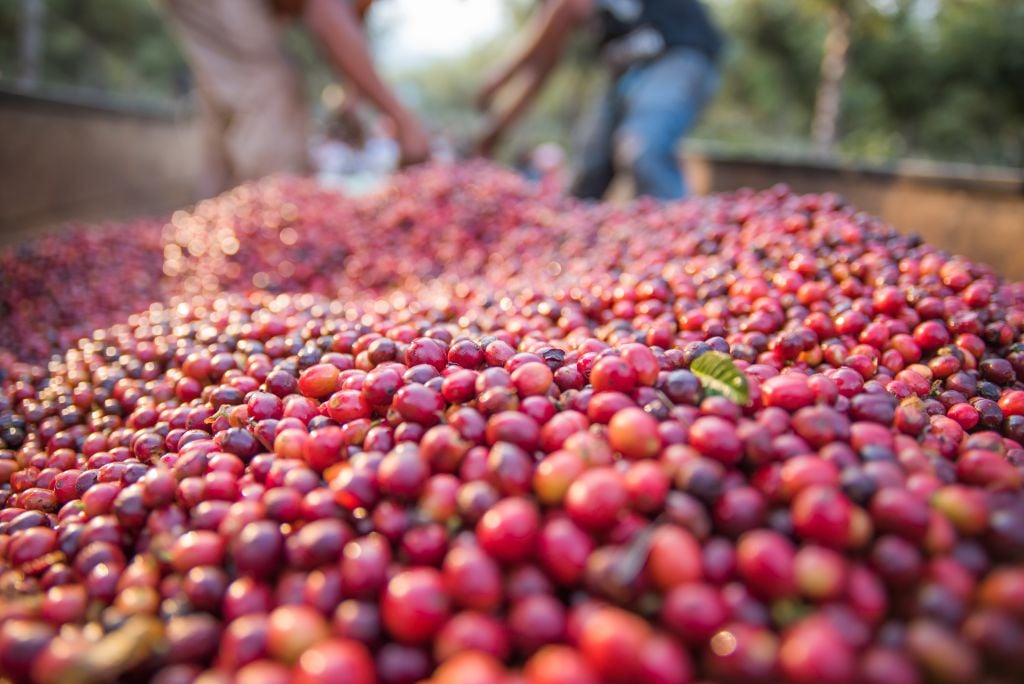 The Arabica plant is also more delicate: in fact, it needs particular soils and climates for its survival, it usually grows at high altitudes, with temperatures ranging from 15° to 24°C and an average annual rainfall of 1500-2000 mm (factors that are found in the coffee cup in the form of a pleasant aromatic complexity).

The Canephora plant is more resistant to diseases, thanks also to the greater quantity of caffeine (a natural pesticide), it can also grow at lower altitudes, with an average temperature range from 24° to 30° and more rainfall. The result of these environmental features  is a smaller bean with a strong bitter component.

Both species have different sub-varieties and strains of natural 'primitive' types, called 'Heirloom variety’: these are seeds with open pollination, preserved and handed down from generation to generation  (usually within a family or community), thus a process starts that allows them to bring with them a heritage of bio-diversity that takes often surprising forms, colours, scents and aromas.

Then, there are hybrid varieties born from botanical crosses and grafts developed to resist certain diseases or geographic zones, where the cultivation would not have been possible.

When it grew spontaneously, Arabica was the prevailing plant, and even if still today it covers about the 60% of the total production, in these last decades Robusta is becoming more and more popular, and thanks to the greater productivity per plant that it guarantees, the increasing number of plantations and much lower prices that it can boast, it is more and more increasing the volume of its trade.

Coffea Liberica and Coffea Excelsa complete the overall picture; however, they do not have much market share due to the higher maturation time and the limited production that each plant can offer.

Is this all? Here are other factors that affect coffee quality

In addition to the botanical species to which the coffee plant belongs, there are other factors that can influence the intensity and the quality of coffee, and as a consequence also the resulting espresso:

Let's look at these aspects in more depth.

The coffee plant being cultivated, for the first six/nine months of life, grows in the 'nursery', an environment protected from the sun with a controlled water intake where, along the lines of what happens in our obstetrics wards, the newborns are slowly introduced to the field and, therefore, in the light of the sun. In several plantations, to avoid having direct sun rays on the plants, protective trees are positioned on the ground, to ensure the coffee shrubs are in shade during different times of the day: in this way the drupe ripens more slowly and develops more aromatic substances inside.

In the large plantations instead, where the harvesting happens through the use of machinery, usually the plants are on more flat, hilly terrain, more exposed to direct sunlight. In this manner, the ripening of the drupes occurs more quickly and a reduced aromatic complexity can be noticed. 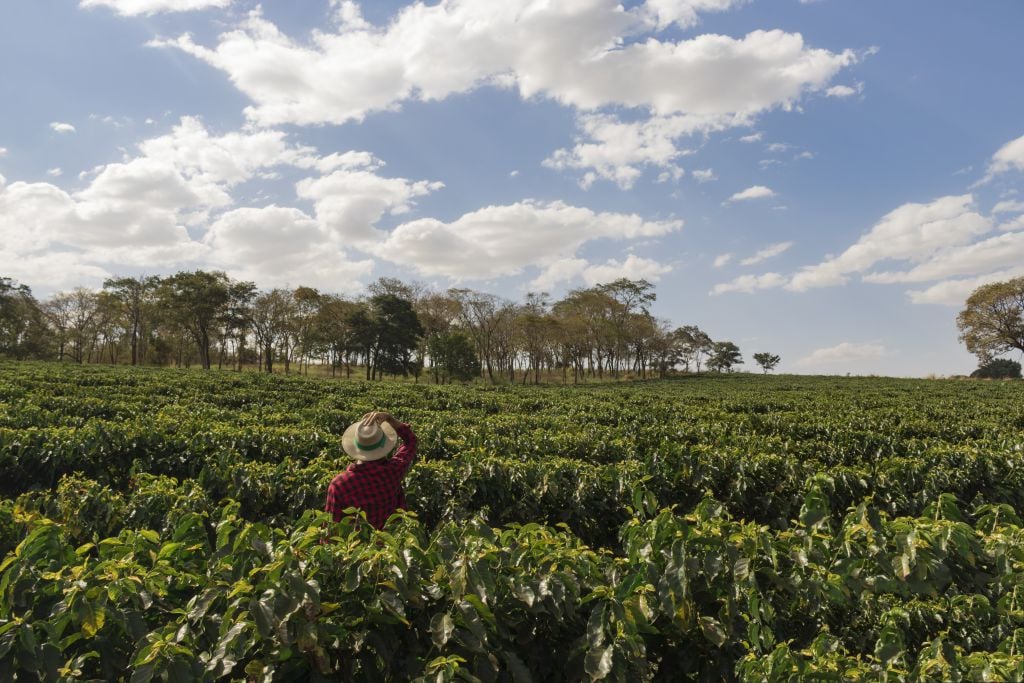 In order for the coffee plant to produce the first red drupes it is necessary to wait between 2 and 4 years from the moment it leaves the nursery. Afterwards, it is usual to consider the fifth year as the moment of the first good market harvest; while between the plant's tenth and fifteenth years is when the productive life of the plant sets, and just over thirty years is the conclusion of its life cycle. The drupe needs 7 to 11 months to reach its full maturity (and thus change from green to intense red), and different and alternative harvesting techniques exist, each one able to influence the bean itself.

The best in terms of quality is selective harvesting by hand, called "picking": this is the slowest and most challenging, as the collectors must distinguish between the ripe red drupes to be taken and those still unripe ones to be left on the branch (which will be collected at a later time), in a harvesting procedure that usually requires returning to the same plant two or three different times. Even the 'stripping' technique is always by hand, but it differs from the previous one due to the speed of the process and the reduced selectivity: those who use this practice go through the plant only once (removing the drupes from the branch, whether mature or immature), which considerably reduces in labour costs.

Lastly, harvesting by machines is only possible in equipped plantations: it is used in large areas where the harvest is abundant and of medium quality, and does not require much seasonal labour.

The great history of espresso coffee: why is it so important?

“An espresso, please!” What’s behind this phrase? We hear it every day, and all too often, without...

Our journey around the coffee drupe began on its long and fascinating journey rich with traditions...
`